7 May 2018 by Berend Mul in Blog Rethinking Disability

This is the first post in a three-part series.

The social model of disability – an outsider’s introduction
I should start this blog series with a short background introduction. In the 2016-17 academic year I was affiliated with the Rethinking Disability research project as a student-assistant, and in this (former) capacity I was provided with the opportunity to write a post for the blog of this website. Before my position as an assistant I had not been familiar with disability studies, and today too I still very much consider myself an outsider to this field. Having been asked to write a short piece for this website, I therefore decided to approach the topic from an ‘outsiders’ point of view’ – that is from the perspective of my own specialisation as a research master student in the history of medicine and knowledge.

The topic of this three-part blog series is a concept that seems quite ubiquitous in the field of disability studies: the social model of disability. Drawing from existing literature, in this this first post I will provide a (very) brief introduction of the social model of disability and its (British) origins. The second post in this series will discuss several types of critiques that have been levelled against the social model. Much, if not all of this, will be familiar information to readers working and studying in the field of disability studies. In the third and final part of this blog then, I will introduce a concept from the history of medicine, framing disease. I will suggest that the difference between the social model approach and framing approach’ partly reflect the different intellectual histories of both disciplines.

The social model of disability has been called ‘constitutive’ to disability studies (Roulstone et al. 2012, p. 16) and the field’s ‘guiding framework’ (Williams 2001, p. 4), its ‘big idea’, and adherence to it a ‘litmus test’ for new disability scholars (Shakespeare 2006, pp. 8 and 26). Today the social model is most closely associated with the influential British field of disability studies (Shakespeare 2006), but it has been equated with the ‘minority group model’ in the United States (Williams 2001, p. 4, Linker 2013, p. 500, 519). In the Northern Countries (Denmark, Norway and Sweden, plus Iceland and Finland) a ‘Nordic relational model’ of disability was developed in the 1960s. This relational model shares important similarities with the social model, but also differs from it on some critical issues (Shakespeare 2006, p. 23). For constraints of space and time I will not go further into the Nordic model of disability, and instead refer to the research by Anna Derksen on the Rethinking Disability project. Admittedly then this blog has a strong Anglo-Saxon focus. For the way in which national context may influence the conceptualisation of disability, see e.g. Paul van Trigt 2013. 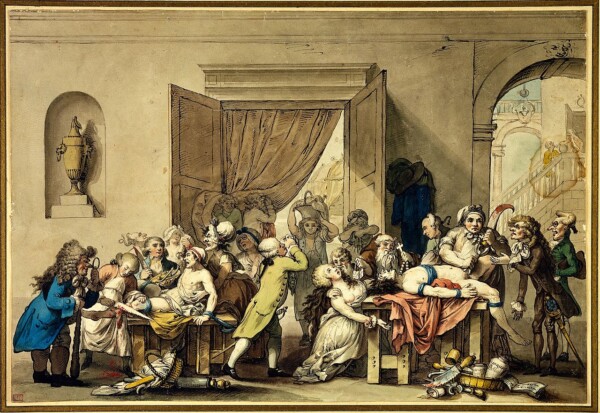 Briefly put, the social model of disability can be classified as a social constructionist theory. Its adherents propose that disability should be understood as a socially constructed phenomenon, as opposed to a biological given. Within the model, disability is typically approached as a form of exclusion and social oppression that is imposed by society on people with physical or mental impairments. Thus, a crucial distinction is made between impairment as a biological phenomenon on the level of the individual, and disability as a socially constructed phenomenon on the level of social interaction (Hugh and Paterson 1997, pp. 325-26; Barnes 2012, p. 25, Linker 2013, p. 519). Some scholars have even argued that disability is wholly caused by ‘external’ factors to the individual, i.e. strictly independent from any inherent bodily or mental pathology or impairment. Thus, any relationship between impairment and disability as such cannot be assumed (e.g. Livingston 2013, p. 563; Hamraie 2016, pp. 286-87). Others have stated that impairment and disability are somehow interconnected but maintain that an analytical separation between the two is still preferable because a social constructionist understanding of disability enables a stronger emancipatory and identity-based politics for people with disabilities (Sheldon et al. 2007, p. 210 and 230-34).

The social model of disability originated from ideas which were first developed by several groups of British and American disability activists in the 1970s, in opposition to what these activists understood as the ‘medical model’ of disability. In contrast to the social model, the medical model is not so much a consciously developed and adopted theoretical framework but rather a designative term coined by disability scholars and activists to describe the way modern medicine understands and interacts with disability. Within the medical model, critics argued and continue to argue, modern medicine and society at large view disability as a direct result of biological impairment. Disability is thus treated as an individual problem to be prevented or alleviated through medical intervention and rehabilitation. In fact, the social model is often defined in opposition to the medical model and it has been pointed out by critics and proponents alike that disability scholars generally assume a critical if not self-consciously polemical and antagonistic stance against medicine (e.g. Hughes and Paterson 1997; Braddock and Parish 2001, p. 2; Williams 2001, pp.3-6; Livingston 2013, pp. 560-1).

In Britain the activist group Union of the Physically Impaired against Segregation (UPIAS) played a significant role in the political and intellectual development of this reversal of disability from a biological, medical phenomenon into a socially constructed phenomenon and form of social oppression (Shakespeare and Watson 2001, p. 16; Shakespeare 2006, p. 14-6; Barnes 2012, p. 25-6). It is important to note that the term ‘social model’ itself is an academic term and was only retrospectively introduced by Mike Oliver in 1981 to describe these activist ideas (Barnes 2012, pp. 24-9). Particularly in the United States, scholars have also treated disability as a critical analytical category analogue to race, gender and class to strengthen disability studies’ activist research agenda. Hence the phrase ‘minority model’ was coined to distinguish between the differences of emphasis between both approaches (Linker 2013, pp. 519 and 543, Shakespeare and Watson 2001, p. 16).

Since the 1980s, the social model of disability has not only strongly influenced the academic field of disability studies, but through its influence in the academy it has also seen great societal and political success in (re)shaping national and international policies on disability in governmental and non-governmental organizations (Shakespeare and Watson 2001, pp. 16-7). Despite (or perhaps rather because of) this strong position of influence the social model has also come under various forms of critique in the last two decades. This critique will be the subject of the next post.

21 May 2018 by Berend Mul
Rethinking Disability

The previous post of this blog series listed some of the points of critique that have been formulated by various scholars on the social model of disability. This account was by no means exhaustive, but it does serve to illustrate that in a changed intellectual context new limits of the social model have surfaced.